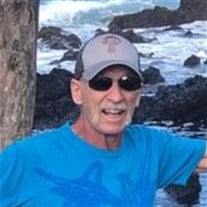 Angelo was born November 30, 1959 to John and Elizabeth in the Frankford section of Philadelphia, where he acquired his closest and still dearest childhood friends. Angelo met the love of his life, Colleen Ryan, in 1977. Soon after their marriage they welcomed their twins, Amy and Andrea Cancelliere. They were then blessed with a Christmas gift as they welcomed Kristin Noel Cancelliere into the family. Angelo was a dedicated husband, father, and family man. He was also dedicated to his career as a tractor trailer mechanic at Acme Markets in Philadelphia. Angelo is survived by his loving wife, Colleen (nee Ryan); three loving children Amy, Andrea, and Kristin Cancelliere; loving mother Elizabeth Cancelliere; faithful brother Frank Cancelliere; life long friend and sister BettyAnne Brandt (Fredrick) along with their three sons and children; youngest brother Michael (Michelle) along with their three children; sister in law Eileen Cancelliere along with her five children and her grandchildren. Angelo is a beloved son in law to Francis and Jim Ryan, special nephew to Helen Gallo, and brother in law to Kellieann Ryan and Kevin Ryan, as well as uncle to all of their children. Angelo is predeceased by his dear father John Cancelliere, brother John and dear sister Mary Cancelliere. Angelo's greatest pride in life were his six grandchildren: Gianna Goodwin, Anthony Goodwin, Colten Mason, Jack Tilghman, Cole Tilghman, and Eva Madera. Angelo made friends everywhere he went and will be missed by many in Cape Coral, Florida. He lived a life of service and faith and made everyone he met feel like his family. He was well known for his easy going and funny disposition, and his absolute love and dedication to his family. He was an avid golfer and a member of the Knights of Columbus. Angelo will be sorely missed. IN LIEU OF FLOWERS, donations in Angelo's memory may be made to: Angelo Cancelliere Memorial Fund The Boys and Girls Club of Philadelphia 1518 Walnut St. Suite 605 Philadelphia, PA. 19102

Angelo was born November 30, 1959 to John and Elizabeth in the Frankford section of Philadelphia, where he acquired his closest and still dearest childhood friends. Angelo met the love of his life, Colleen Ryan, in 1977. Soon after their marriage... View Obituary & Service Information

The family of Angelo Cancelliere created this Life Tributes page to make it easy to share your memories.

Send flowers to the Cancelliere family.