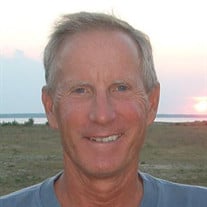 George M. Beschen, 73 Philadelphia school teacher for 35 years For 22 of his 35 years of teaching, George Beschen taught at John Welsh Elementary School in North Philadelphia. It wasn’t uncommon for his students to come to school hungry. He’d store apples and crackers in his desk. “You can’t fill a mind on an empty stomach,” was one of his mantras. In 1989, he moved to Fox Chase Elementary in Northeast Philadelphia. Students there had more advantages, but they got the same kind-hearted Mr. Beschen, full lessons in and out of the classroom. Beschen’s qualities as a teacher once moved the Welsh school principal to write, “If the Philadelphia school system had 15,000 George Beschens, it would be the premier system in the country.” On Tuesday, June 14, Beschen, 73, died at Wesley Enhanced Living in Northeast Philadelphia. He had been diagnosed with a rare form of Alzheimer’s disease in 2004. He was surrounded by his children and his wife Bettyanne. In addition to his teaching, Beschen was a CYO softball coach for his parish (Presentation BVM) 1981-1991, winning several championships and ending his career with a record of 100-15, a tenor with the Abington Choral Club for nearly 30 years, and he was a founding member of the Burholme town watch. Born in Philadelphia on May 17, 1943, Beschen grew up in North Wildwood and graduated from Wildwood Catholic High School in 1961. He earned his Bachelor’s degree in history education at La Salle University in 1966 and a Master’s in education from Temple University in 1970. The John Welsh School honored him with its Teacher of the Year Award in 1986. The same year, he won an award from National Geographic for “excellence in teaching geography.” A gifted writer, Beschen always made writing a part of his lesson plan. "During my early years of teaching, I came to understand that it is not so much what a teacher says that is most important, it is what a child hears," he wrote in an essay after being nominated for another teaching award in 1997. "Since writing is an exercise that takes place within a child’s mind, it offers me a clearer idea of his/her understanding of subject matter." His students were also well aware of his life-long devotion to physical activity. While at Fox Chase, he often biked to work. At recess, he played basketball with students. He spent summers with his family in Lavallette, NJ. Beachgoers there grew accustomed to seeing him taking his bright yellow kayak out into the ocean, or doing backflips into the surf well into his 50s. He began many summer mornings with two hours of doubles tennis. He took up running at 46; his summer wardrobe thereafter consisting of T-shirts from various 5-mile and 10K runs. Although he always considered himself as having lived a charmed life, Beschen did experience loss. His only brother, James Beschen, 21, a captain in the U.S. Marine Corps, died in Vietnam in July 1966. (Next month, North Wildwood will host the 47th annual Beschen-Callahan Memorial Lifeguard Races.) And he endured his long illness with abundant grace. “We had the best experience with this disease because of his kind and noble nature,” said his daughter Mary. “He never lost his sense of wonder -- enjoying what a child did, savoring a piece of music, enjoying a glorious sunset -- and he gave it to us. He was always willing to share it.” Beschen is survived by his wife, Bettyanne Ludwig Beschen; sisters Betty Markee and Sue McWilliams; children Mary, Elizabeth, George, and Kate; grandchildren Eden, Jude, and Evangeline; sons-in-law Dino and Peter; and many nieces and nephews.

George M. Beschen, 73 Philadelphia school teacher for 35 years For 22 of his 35 years of teaching, George Beschen taught at John Welsh Elementary School in North Philadelphia. It wasn&#8217;t uncommon for his students to come to school hungry.... View Obituary & Service Information

The family of George Beschen created this Life Tributes page to make it easy to share your memories.

Send flowers to the Beschen family.